A river trip from Asia to Europe

Perm is the last big European city that travelers along the Trans-Siberian Railway pass when they go from west to east and the first one if they move in the opposite direction.

Perm is the cultural, economic, and administrative center of Perm Krai. The population is a bit less than one million people. The city is situated in the foothills of the Ural mountains (western mountainside) on the banks of the Votkinskoye and Kamskoye water reservoirs; the latter is also known as the Kama sea. The density of population is the lowest among the millionaire cities. Perm occupies the area of 720 square km. The city stretches out along the Kama-river for as far as 65 km. Kama is the fourth longest river in Europe; its length is 1805 km. The city is an important river port, and is connected by its waterways to five seas. The Kama-river embankment near the river-boat station is one of the most picturesque places.

The city had been the administrative center of Perm province till the advent of the Soviet power, and at different times its territory comprised the territories of modern Sverdlovskaya, Chelyabinskaya, and Kirovskaya regions. The city, alongside with neighboring Ekaterinburg, was founded in 1723 during the reign of Empress Catherine I by Peter’s the Great fellow-men Vassiliy Tatishchev and George de Genin.

Perm grew around the metallurgic Egoshihinskiy plant, and was named after the ancient princedom of Perm the Great (from Finno-Ugric “Pera Ma” – “a faraway land”), that in the old times was situated to the north of the present city’s location. Perm became principal town of the province in the time of Catherine II – in 1780. The growing role of the city in the country’s life, however, was connected not only with metallurgy, but also with its richest deposits of salt (it is still mined in the north of Perm Krai). 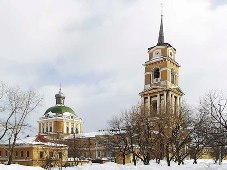 In the Soviet times Perm used to be closed for foreigners and had well-developed military industry. Its territory housed some strategically important for the USSR enterprises including aircraft and missile production plants (today they are known as Perm Motors, Scientific Manufacturing Association Iskra, and others).

On the territory of Perm province the British paleontologist Roderick Merchison discovered the formation later to be recognized as one of the stages in the planet’s history; in the geological scale its name is commemorated as Permian period.

Among the prominent citizens of Perm one especially worth mentioning is the patron of arts Sergey Dyagilev whose celebrated “Russian Seasons” made Russian school of ballet world-famous.

+7 (342) 239-68-52
15, Bukireva str., Perm
gis@psu.ru
Professionalism, the dynamics of sustainable development, the experience are main features of the center of geographic information systems Perm State University. For any questions in the field of geographic information systems and technology you can apply directly to the GIS Center staff or leave your message right here
Geographic Information System Center of Perm State University © 2020 Development & Design: EasyView